Tips For Securing Dumpsters On Your Property

A county's fairgrounds may lure a mix of locals and visitors during normal business hours. When the fair is closed at night, people who have no business entering the grounds may decide to explore the premises in search of 'freebies' that can be sold for cash or to wreak havoc that results in damage to the property. Dumpster rentals on your property are prone to acts of theft and vandalism. Come up with a system that secures the dumpsters when you and other staff members are not present.

An overflowing dumpster can become a target, especially if food or damaged or unwanted merchandise is in view, due to each container's lid not shutting properly. Schedule more frequent trash pickups or rent additional dumpsters, if you are sometimes short on space and waste items seem to be spilling onto the ground. Besides minimizing offensive odors, which could lure wildlife to the trash area, you will be making the dumpsters seem less appealing to those who have decided to peruse the fairgrounds.

The company that supplies the dumpsters may offer a locking system or weighted bars, which can be utilized to prevent illegal dumping or theft. Because some trespassers could potentially throw away hazardous waste or offensive smelling items, prohibiting them from doing so will result in the dumpsters staying as clean as possible and the environment not being compromised in any way.

Posting signs near the dumpsters will minimize theft, vandalism, and illegal dumping. The signs should have information about any fines that will be imposed if someone is caught trespassing. If you currently leave your dumpster out in the open, having an enclosure installed around them will conceal the waste containers, which could be beneficial in several ways. Also, if you have trash cans set along the midway and these are designated for your patrons use, having the dumpsters concealed will prevent loose food waste from being tossed into the containers.

Trash will remain inside of bags, which can eventually be tied, prior to being added to the dumpsters, by one of your employees. The hidden dumpsters will also keep intruders away from the waste, which will eliminate any worries associated with graffiti, theft, or litter being tossed on the ground, next to the dumpsters. Installing a motion light or a camera can also ward off people who have no business being on the property after hours. 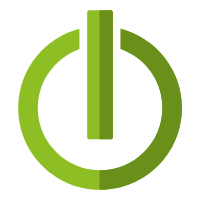 With energy costs increasing every year, many homeowners are considering conversions to solar energy for grid independence and cost savings. If you are one of them, you're in the right place. This site is dedicated to alternative energy sources, including solar panel conversions. You'll find posts here about all sorts of different ways to sustain your home's energy needs without the main electrical grid, and tips for maximizing your solar or alternative energy investment. We hope that the information here allows you to find the solar panels or energy source that's right for your home so that you can gain energy independence and save money over time.